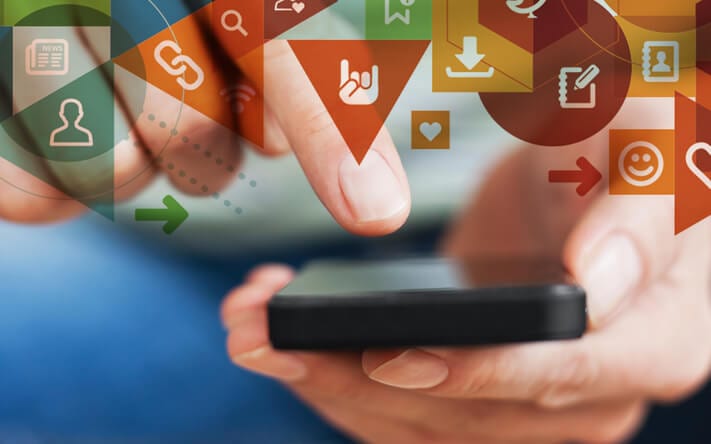 The continuous growth of smartphones and apps strongly indicates that the mobile app marketing agency has a bright future. Nobody could have imagined that the smartphone will become an essential part of life & we will feel incomplete without it. It is truly an amazing scenario when we compare this current digital era with the inception of smartphones.

From custom mobile app development to its launch, it all need to get a deep insight of the current market statistics so that you can plan your marketing strategy accordingly. At the time when smartphones were born, one could quickly dive into the hundreds of statistics and measure what things are rocking in the industry and what should be the next strategy.

But, the competition is growing year over year which leaves you scratching your head to be really sure about the next marketing plan. Sometimes it is disappointing when you don’t find anything useful in the tons of statistical reports available on the internet, that can add value to your mobile marketing plan.

Thus, you need to spend many hours on exploring the trending metrics about the smartphone market and how it is going to perform in the upcoming years. To help you with that, we have researched and prepared a compilation of useful mobile app marketing statistics that can actually help you to create a smart app marketing strategy.

Mobile App Marketing Statistics That has Highly Influenced the Market

This whole article includes some important stats reported in 2015 as well as predictions about the mobile industry in the coming years.

Mobile Subscription has Overtaken the World’s Population in 2015

Smartphones have become the primary source to quickly access the internet. No other technology has ever ruled the digital world as the smartphone has done. Sounds Incredible, isn’t it?

According to Satista, the total mobile subscriptions (7.4b) has outnumbered the world’s population (7.3b) and it is expected to rapidly rise in the forthcoming years.

As per the study conducted by Flurry Analytics, the smartphone app usage grew by 58% in 2015.

Here is what the analytics actually says:

• The biggest hike was seen in the app category ‘personalization’ which grew by 332%. The news and magazines category was at the second rank covering a 135% growth rate.

• The least growth of only 21% was seen in the category Music, Media & Entertainment.

Smartphone apps are growing so rapidly that it has become one of the leading digital media platforms in the world. These days, people spent most of their time using different apps on their mobile phones

A recent Flurry report reveals that US consumers spend more time on mobile app marketing courses than TV. We can say “smartphone screens are ahead of the TV screens”.

In the last Black Friday, the consumers really enjoyed the holiday deals which raised the total sales by 21.5% compared to 2014 Black Friday. The major brands on the shopping list were LG, Samsung, Sony, Apple, etc.

Mobile App Marketing Strategies That Will Drive The Future

These are some important statistics that predict the growth and future of mobile app developers in the coming days.

App Downloads: Google Play Will be The Leading Store by 2020

However, the Android play store has been always a winner in terms of the number of app downloads, App Annie reported that it will be the primary leader by the end of 2020 with 166.4 billion app downloads (almost triple of app downloads in 2015).

Despite Android being the winner in a number of app downloads, it still could not touch the revenue level of Apple. In 2015, the number of Android app downloads was twice of iOS apps, but still, Apple earned 75% more revenue.

Statistics say, that the gross annual revenue of Apple would be almost double that it was in 2015 by reaching $44.8 billion in 2020.

M-Commerce Buyers Would Cross 1 Billion in 2018

Due to convenient shopping as well as easy payment transaction, the eCommerce, mobile industry is continually evolving with new trends and technologies. Also, the users believe that they can get better options and deals with online purchasing. After owning the app only platform by Myntra, they got better customer experience than the website, which clearly indicates that users prefer smartphone application to purchase.

Global Mobile Ad Spending is Amounted to Surpass 195.55 Billion by the End of 2019

With an average of 3 hours spent by users on smartphones, mobile ad spending is strongly contributing to change the face of the digital media market. The growing dependency of users on phones, greatly promoting businesses to spend on mobile ads consequently is giving a big rise to the mobile media market.

Insight from emarketer mobile ad spending report says that, by 2019, the total smartphone ad spending would surpass 195.55 billion which was only amounted to 68.69 billion in 2015.

We have almost entered into the mobile connected environment where the business market is majorly driven by smartphones. For the successful execution of your marketing strategy, no other platform is as powerful as smartphones.

We are sure that the above compilation of mobile app statistics would be definitely useful for you to plan your next business marketing strategy.