PhoneGap is one of the popular cross-platform frameworks. Nitobi had developed it at first and named it Apache Cordova. Later, in 2011, Adobe Systems acquired Nitobi and renamed it. Today, we know it by the name PhoneGap. It is an application framework that lets you build natively installed applications by using HTML and JavaScript. It is the target of every mobile app development company to build quality apps in less time. PhoneGap is useful in this context. In this article, we will discuss cloud computing with PhoneGap and why PhoneGap is an ideal hybrid framework solution for cloud computing.

A quick view on PhoneGap

The PhoneGap offers a high level of compatibility with many platforms. It supports 8 various types of mobile application development platforms. Following are the names of these platforms:

It means that you have to write the same code for all of these platforms. It reduces the extra effort of developers to build apps for various platforms.

The build process via PhoneGap is friendly. It is because it supports eight distinct mobile platforms. Besides this, it also provides easier communication with backend services written in any language including PHP, ASP, JAVA, .NET, etc. using network protocols such as XMLHttpRequest, WebSockets, etc.

It is futuristic because of its open source availability. It means that the new modules will be available free of cost from time to time. 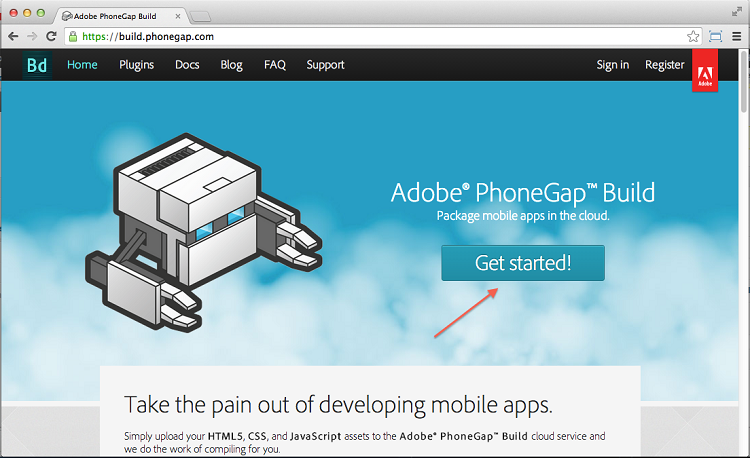 Some facts about the PhoneGap

It is a paired desktop and mobile app setup. It gives developers access to built-in device APIs. The desktop version 4.0 of the PhoneGap comes with the PhoneGap template support.

It also lets you build the app with features like notifications. The best part is it does not require the command line.

On PhoneGap, you can use third-party tools and templates. These HTML5 templates come with shells for UI. These templates have features like buttons, menus, transitions, text boxes, and more. Besides this, the tools from the third-party like Paypal, Amazon, and Magneto give you access to many things. For example, payment, drag-and-drop design, authentication, and theme builders.

A comfortable platform for beginners

Most of the beginners do not know many languages. Hence, the PhoneGap platform is best suited for them.

Compile in the cloud

PhoneGap is a cloud-based platform to build apps. It compiles the HTML, CSS, and JavaScript to the native code on the cloud. It does not need to install any SDK for each platform.

What do the developers say about PhoneGap?

PhoneGap is a helpful platform for beginners. It does not need the skills to learn many languages. It supports many platforms. For example, Android, iOS, Blackberry, Windows, and more. Moreover, it offers great flexibility. App Developers can build apps using the same code. Also, it comes with a vast library. It makes the build process easy and fast. The creative SDK plugins let developers add creative components to the apps. With its multiple platform support, PhoneGap offers friendly and futuristic cross-platform app development.