Everything You Need to Know about iPhone 7 – Features and Price 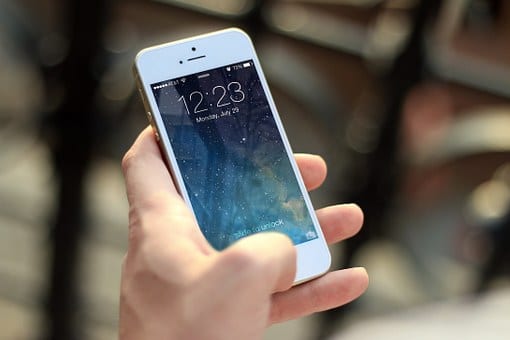 There is a piece of good news for all iPhone lovers, Apple has launched the new version of the phone. It is loaded with awesome features and improvements. Along with this, Apple also unveiled iOS 10 mobile OS which is also packed with some really exciting features.

But before starting with iPhone 7 let’s discuss a little about the history of Apple phones. The first Apple phone was launched in June 2007 and after that Apple has been launching its new versions of iPhone every year.

If I talk about this generation smartphones than iPhone 6 and iPhone 6 plus are the flagship smartphones of this era launched in 2014 with the new design.

But in 2015, without any change in the design, Apple launched 2 new smartphones with some modifications in internal space and colors, these smartphones were iPhone 6S and iPhone 6S plus. iPhone 6 smartphone series holds internal storage ranging from 16GB to a maximum limit of 64GB.

This new version of the iPhone is packed with several interesting features. Let’s check one by one.

The 5.5-inch screen was first introduced in iPhone 6 and iPhone 7 is also available with the 5.5 inches like iPhone 6. Along with this, the new iPhone is available with 4.7-inch variants also like previous versions. There are no changes in the screen size of the iPhone 7.

Instead of the traditional headphone connection, now iPhone packages will come with earphones that fit into the iPhone’s lightning port, which is currently used for charging and data transfer.

Cameras on both the models iPhone 7 and iPhone 7 plus now are 12-megapixel sensors as well as 4K video recording capability. The camera is able to enable live editing of video files with wide color capture.

Now the 5.5-inch version of the handset has a dual-lens camera. This allows a huge increase in quality when zooming on a photo, a problem that has plagued Apple for years, now have been resolved.

It also has image stabilization and a new camera flash to improve photos shot in low-light. Apple has also doubled the number of LEDs to four – two cool, two warm – in order to create a more effective flash.

The front camera has also been upgraded to 7MP from 5MP for FaceTime and selfies.

The new phone will be waterproof

The new iPhone is a water-resistant phone with an IPX67 rating which means the hardware can withstand immersion in up to 1 meter of water for 30 minutes.

The advantage of this Apple’s high standards for waterproofing is that it will impact on the supply chain and lowered total production of iPhone 7.

The new home button now is a vibration-based haptic feedback system so it will vibrate when it touched to give the feedback to the users. This feature is already in use on the firm’s MacBook laptops.

The price of the iPhone 7

Along with this, keep the fact in mind that this price range depends on other factors like internal memory, the size of a screen and camera quality. Also, the price can be varied according to the different locations as well.

It is clear that Apple launched iPhone 7 with really exciting features like better waterproofing quality, 12 megapixels camera, and wireless charging and going to boom this year with all these features.

In this current era, it is easier to locate a food court or a mall using GPS/location based services. But when it comes to locating/navigating the place where GPS does…

Who don’t love free things? We all do, right? Free things weather be it like free gifts hampers or coupon vouchers or be it an application from an…

Why On-Demand App Developers are in Demand Even After COVID-19 Crisis?

Considering why on-demand app developers deliver apps that are significantly influencing all industries. It has been around eight months ever since the first case of coronavirus identified in China. And the…