If you wish to ensure the most productive web designing and development solutions for your online business, then you must avail the high-end services from some reliable and professional PHP development company. In addition to effective PHP programming, there is a lot more towards executing a successful website rather than only the given user interface.

There are several backups to be performed, data to be pruned, log files to be analyzed, and several other important tasks that are happening in the background. Usually, such routine administration processes are the main targets for effective automation. Surprisingly, PHP as a programming language performs an excellent job off the web as well. If you are getting started with web development & its background knowledge, then you must know that PHP serves as an effective console application as well.

Command Line Interface (CLI): What is It? 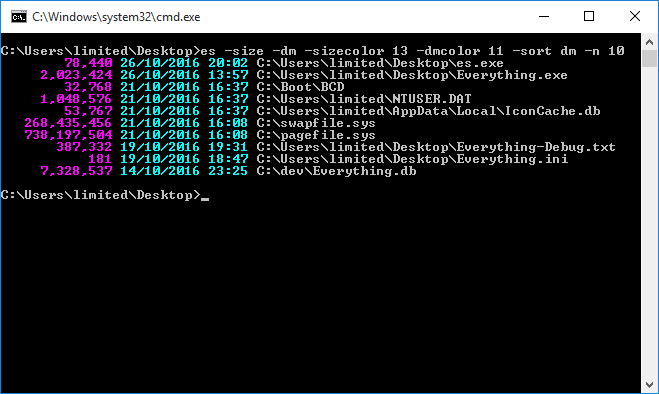 With several modifications taking place in the coding scenarios of the leading programming languages, PHP has grown to include a host of additional scripts & libraries such that now it is being used for executing the command line applications as well. The Command Line Interface (CLI) of PHP first came up in the version PHP 4.2.0 which was in the form of an experimental functionality. With the release of the version PHP 4.3.0, the CLI (Command Line Interface) went on to become the official SAPI (Server API).

This implies that in the practical terms, the CLI version of the PHP programming language is now available as a separate PHP binary (executable). This can be used for running the scripts on the given command line, along with offering “access points” to the world like the “$_POST” and the “$_GET” variables that aim towards giving you the access to the incoming data from all over the world.

Though PHP is not the only option for writing the given command line scripts as the CLI, there are several advantages offered by the same. In addition to the PHP programming language, others like Python & Perl is also being widely used across the world towards writing effective command line applications.

One of the main reasons for using PHP for writing & executing the given command line application is that most of the developers & programmers out there know PHP much better than other programming languages like Python & Perl. Another important reason for using PHP as an effective console application is that writing supporting command-line scripts in other languages might lead to an extra burden.

Moreover, if you are building some PHP application that might be used by some “unknown” third parties, then asking them to set up other platforms in addition to PHP programming language might lead to a great confusion, especially if they might be using the Windows platform. If you are building tools towards supporting some application that has already been written in PHP, there is much more sense into sticking to a single programming platform.

The main advantage of the command line scripts or applications is that these are usually easier to build & develop. Moreover, these are also highly quicker to be used & implemented. As such, these can play a major role in ensuring the overall effective web development process by helping the developers create proper tasks & processes quickly and efficiently.

The most important tasks that can be achieved easily include the generation of the particular API documentation with the help of phpDocumentor or running the Simple Test suite. Additional tools like Phing –an Apache’s ANT based development tool, and rephlus –a continuous integration tool that has been based on CruiseControl are used for providing the necessary frameworks for helping the developers automate the overall web development process.

There is no denying the fact that PHP as a programming language is the most popular option that is currently available on the Internet. This has resulted in the creation of several high-level libraries that have been written in the PHP programming language. When these libraries are being used for developing major web portals & applications, some of the libraries can also be used for CLI applications. This process helps in removing the need for duplicating the overall functionality. The process of the removal of code duplication or spinning out the CLI application by using the existing libraries with some low barrier towards entry is considered to be a good sign.

There are several effective tools that can be used for creating & building highly useful CLI applications based on the PHP programming language. These are: