Launch of Super Mario Apps is Influence on the Video Game Territory? 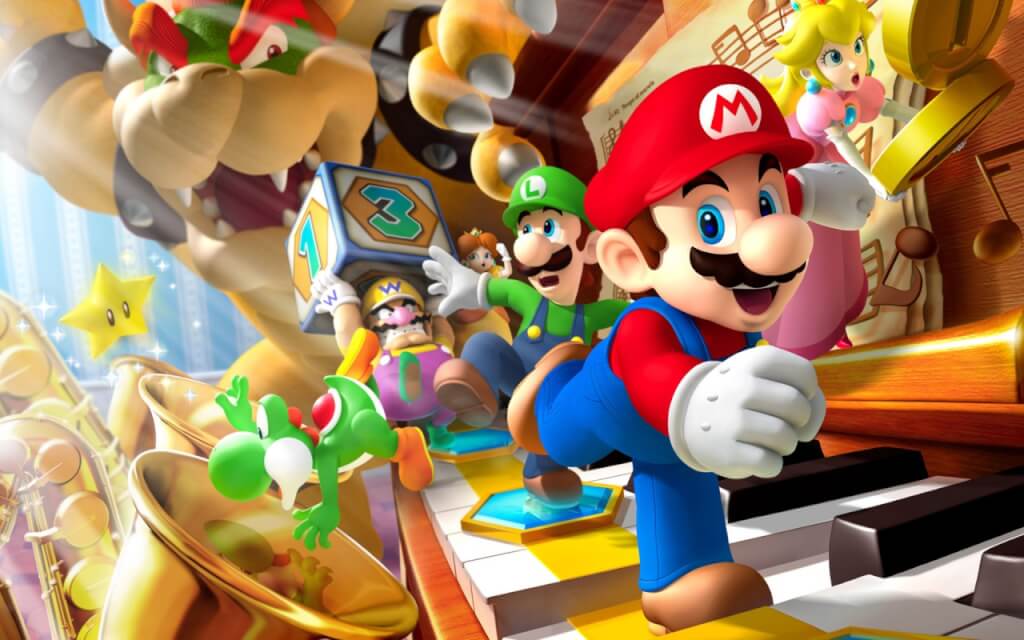 If we believe the sources, the most popular and widely enjoyed game after Pokemon, Super Mario Run is soon going to enter the smallest screen. This is worth noting that with the launch of the iPhone 7, Apple announced that it is going to launch “Super Mario Run” for mobile devices. Our Certified Mobile Game Developer that can are considering this move of Apple intending to accelerate the retarded app industry and support a game, which played a great role in the social network development of the masses.
Now, as the buzz for Pokemon and Super Mario games is getting much hype, would it stretch to a big threat to the video game industry, especially Nintendo, one of the major players in the territory. The launch date is decided to be Dec. 15 for iOS, but Android users will have to wait a little more to relish this game. Let’s find out how these updates are going to impact these two majors.

Nintendo Super Mario Apps is Ahead of Competitors

If we quote experts, they believe that this move by Apple is a late one as Nintendo has already released its first app in March this year named Miitomo on both Android as well as iOS. There is also a buzz that the company is going to set a separate approach for Nintendo’s first game for a smartphone. They firmly believe that the late move will make no difference as far as the success of the game is concerned. They are confident enough about the one element of this game which will most likely make Super Mario Run a great hit worldwide.

Ready to Make Your Own Super Mario App?

No Matter the Game Got A Delay

Super Mario apps for android Run will be available on iOS first and they are going to make $9.99 through this; therefore, Nintendo will get only half of its profit. The reason is quite obvious that Android handsets share more than half of the total smartphones globally. It is a fact that iOS users are more tend to spend more money on buying custom iOS apps, but the ever-lasting craze for Nintendo simply makes its users purchase the game. Despite finding the entry fee of $9.99 for this game higher, its die-hard fans no matter use the iOS or Android platform, are ready to pay for it.
Super Mario Run’s release on the iPhone may lead to some damage to Android. Experts believe that the result of exclusive deals like this can take game app lovers to the verge of shifting platforms to play the game they love the most. It is also a fact that smartphone users do a number of activities other than playing games. Gaming apps make more than 85 percent of all mobile app income.

Will Super Mario Apps be Able to Beat Pokemon Go?

Many experts doubt the growth of the popularity of Pokemon Go stay constant for a long time and they were proved right to some extent. However, despite the plunge in its fame, the game succeeded in grabbing a whopping bunch of $2 million daily. Analysis on this is, unfortunately, going against Super Mario Android Games as they claim that it will generate about $71 million in its first four weeks of availability on App Store and this figure is way behind when compared to Pokemon’s $143 million in the same time span. Even there is a doubt that it will overtake Clash Royale, another eminent name for games, which made $107 million in the first 30 days once it is available on App Store. However, being innovative, Super Mario Run, which appealed to the masses the same way, might be able to set a new milestone by beating its arch-rival Pokemon.

Specialists of gaming and app industries strongly believe that with the launch of Super Mario Run myriad of things have been done exceptionally well by Nintendo. This includes fine support by Apple to promote the game on the App Store and its grand release worldwide to create a buzz among game freaks. Also, the Notify feature, which notifies users of the availability of an app on its store, made its debut with Super Mario Run. So, Super Mario Bros games Run is making money for both Nintendo as well as Apple through this yet another way. The debut of Mario on smartphones and the ever-increasing demand for the game among its lovers are going to prove advantageous.

As of now, there is no official update regarding Nintendo’s exclusivity period with Apple. They have stressed their App Store’s exclusivity for an undermined period of time. However, Apple keeps on giving clues for this. For instance, with the release of HBO Now, Apple rolled out its exclusive HBO Go, which you can enjoy without any cable connection for three months. On the other hand, is expected to make its debut on Android next year, and that too with no cost to play with in-app purchases.

As the update may take a little more time, it is expected to come in March on Android and it will align perfectly with the company’s launch of the Nintendo that can Switch in the same month. Maintaining the secrecy regarding the release is being considered a crucial part of the duo’s marketing strategy; however, The NineHertz is the best custom Android App development company , will keep on updating you on the same.