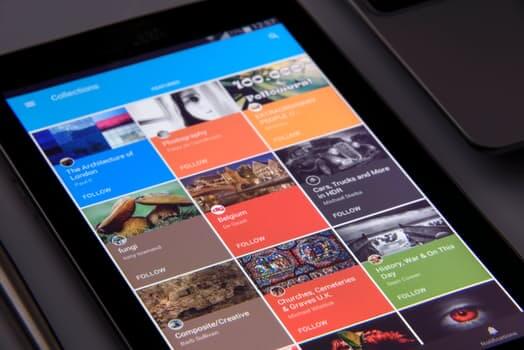 Many companies are looking forward to introducing solutions that can cater according to the consumer’s requirements. The companies are launching various mobile apps faster than anyone like College Parrot, Whistle Phone Finder, Revolution, HappenShare & others. Such mobile app development solutions were originated with the intelligent idea of delivering maximum value to the clients at every step while developing their smartphone apps utilizing the key components including rapid launches & quick reach to the market.

From Healthcare to Shopping, mobile applications are increasingly becoming an important part of our daily life. According to the survey report purchase made through mobile devices increased 48 % year by year. At present, mobile devices account for over 22% of all retail e-commerce sales in the world, which is expected to reach 27 percent by 2018. The fact is that almost one-third of e-commerce sales originates from mobile devices & a majority of them are in-app sales.

This year, the average number of applications submitted by developers at the Apple store has consistently been above 1000 per day. Also, the total number of smartphones users worldwide is projected to go beyond 2 billion in 2016.

As per the information, the average US mobile consumers spend almost 89 percent of their “Smartphone time” on Apps. The study reveals the truth that smartphone users spend around 2 hours & 42 minutes on average on mobile devices, out of which time utilized in app usage 2 Hours & 19 minutes. Also, almost 11 % of their time spent on media was through the mobile web.

The past couple of years has been very important in terms of innovations in the world of mobile. The app development sector, in particular, is heading towards a great transformation due to various advanced trends. Let us take a look at such trends, which will keep mobile app developers busy in 2016 & beyond.

Importance Of Cloud Based Development

Mobile Application developers predict that the cloud-based smartphone applications will rule the market in 2016. Booming cloud-based technology is expected to play a significant role in the phone app development field. These ultimate trends make app developer more focused on the ability to synchronize & integrating apps developed for multiple devices.

The cloud approach will help developers in a way that they can build outstanding phone apps that can be easily used on different mobile platforms (iOS, Android, Windows etc.) with same features & data. Due to the need, there are a large number of organizations has started working on cloud-based app development platforms.

Mobile app developers provided with complete tools for building an app, continuous integration & submission of their app to the application stores. This helps in faster development process without having in-depth technical knowledge of those important activities.

There have been so many reports pointing to the concern of users with regard to hacking & as per the prediction, 75% of mobile applications would not be able to pass even basic security tests.

From the little display of Apple watch to the steadily advanced, increasing screen sizes of the latest Android handsets & iPhones. An app needs to retain its functionality & efficiency across all devices. And the app developers proficient in that will have more chances of success.

Craig Federighi, the software developer & senior VP at Apple, tell that swift language is the “Better new programming language”. For beginners, iPhone app developers confirm that using the new language is a Quiet easier than working with difficult objective-C, which comes with the entire legacy of the C language. Although it is the nascent stage, app developers are learning the nitty-gritty of the language so that they can easily implement it in watchOS, iOS, OS X & tvOS apps very soon.

When Google started favorite mobile- optimized sites a few years back, big brands with responsive designs saw a bigger boost in search results. The similar SERP updates are now starting to happen for apps. In fact, 40% of the total Android searches currently turn up the app- indexing, a number that will grow rapidly in 2016, Bing & Apple are also getting in on the app search game.

It has been predicted that, in the year 2016, almost 35% of big enterprises are expected to have their own app development platform. And, for that reason, the third enterprise app developers are standing to gain the profit in such a scenario.

Some of these Mobile Application developers have already gained momentum while others are making great efforts. But there is no doubt that they are going to make remarkable marks in the mobile app development landscape in 2016.

If you are looking to try your hands on these trends, it’s a high time to brace yourself to create the outstanding mobile experiences for your users. And of course, be prepared for all the innovations & changes 2016 is likely to bring along with it.

Explore
How to Hire Indian Web Developers in Your Budget? [>20 $]
In this digital world, if you want to grow your business, an online presence is a must. And it can only be achieved through a captivating website, which not only provides an amazing customer experience but also stands apart in…

Top 10 Android App Development Companies in India
Apps nowadays are a major requirement for everybody. They make the life of people so easy and more reliable. Therefore, these are the best marketing tools in today's digital world that connect customers to companies. As apps play a major…