Things to Know About iOS 13.2 And Its Hidden Features

The release of iOS 13 is nothing less than a whirlwind. This time iOS App Developers has taken away the technology sector. The time it has been released to till now, Tech giants have seen manifold updates within the month itself. Newbie is the iOS 13.2 with Deep Fusion Camera tricks meant for iPhone 11 (iPhone 11, pro & max) users. To name a few, Emoji Addition, AirPods Pro new version, New Volume Bar, etc. are some of the important updates it has received.

The Team, Apple, has conducted around 22 small or impacting changes with the release of iOS 13.2. This was only possible when Apple is carrying a team of top iPhone App Developers. For instance, dark mode, gesture keyboard, improvements to safari, etc. features have been deployed. Let us take a glance at some new features adopted by the newly released iOS 13.2 version. You should also check these qualifies when hire iPhone app developer in India.

What Are The Features Unwrapped With iOS 13.2 Update?

Shaking things up with iOS 13.2, Apple is on its way to raising the bar for mobile technology. Apple is always known for its 1 level up technology. This time the update of iOS 13.2 version is up with 22 micro & major changes.

Within this article, you will get to know about the anonymous features that have rolled out with a iOS 13.2 update. If you have your hands on an iPhone 11, then you can enjoy these features given below:

Emoji are the embodiment of our feelings to a person. It will not be wrong to say that without Emoji nothing is expressible. Hence, keeping it an insignificant role, the Apple team has added some new Emoji which are both uttering and funny at the same time.

The emoji include sloth, otter, yawn, banjo, waffle, Saturn and many more. A treat to the couple where you can change the skin tone of the couple emoji. This makes the messaging part more engaging and exciting.

This is the parent update to all features incorporated in the iPhone of 2019. The feature is applicable for its giant version i.e. iPhone 11, 11 pro and 11 max users. This update adds layers to Apple’s Computational Photography and is the promised update.

The most impressive feature the Deep Fusion is flaunting is illustrated below. You are recommended to use this update if you are an iPhone 11 user.

Now if you are having fun with your AirPods and do not want to get interrupted, then this update will blow your mind. The new option allows Siri to read incoming messages aloud while being on AirPods. You have access to the Control Centre wherein you can allow or disallow Siri for announcing your messages.

This feature will also walk hand in hand with 2019 iPhone users. Earlier the user has to change the settings for their Videos and Camera from the settings option itself. But now you can access everything in-app only.

Talking about the downside, it is accessible to 2019 iPhone users. It means whoever has bought an iPhone in 2019 can get these amazing features. Apple will also taunt you on the same once you try to avail of this feature.

Deleting an app but the app is wiggling? Here is the better way. Just 3D icon of the app or long-press it. Once you long-press it, an action center will open showing you some quick details. From here you can easily delete your app without any wiggling. This is how the New Delete App Quick Action will work.

A name change is adopted for Rearrange App as Edit Home Screen. This is also possible via a quick-action menu. Action is the same only a revision is added to the name. This is not the only change that has been integrated into iOS 13.

It was the feature long overdue by Apple. Finally, you will have access to listening to history in the Music Apps. Hence, it becomes easy to listen to the song, you heard in the previous week. The feature is also accessible to both Apply Music and Personal Music Library.

Using Apple Maps will block Dark Mode. Yes, this is the interesting change Apple has taken in the iOS 13.2. Perhaps, it is on the mind of Apple, that it does not want its user to navigate any place on the dark side. But if you opt to change it or remove it, then following the Apple Trend, It will not be possible.

Once you play with Live Photo & Perspective Zoom in the wallpaper editor, you will get a text message of the selection on your home screen. But if you want to check, what option you have opted then you should rely on the tiny icons.

Backlashing with the news that Apple Staff had access to Audio of Siri Users, Apple has set up more transparency and user control over Siri Privacy. This attempt was fortunately led to the improve Siri & Dictation option. You can get access to this feature through the settings options.

Going with the same vein, Apple has granted you access to the History of Improve Siri & dictation part. All these features are accessible from the Settings option.

Apple has declared its most promising gadget on 28th Oct, like the AirPods Pro. Thanks to iOS 13.2 as the render of the headphones with the new ear-in design was buried in the Beta update.

While accessing the AirPlay & Handoff, you will get another option which is AirPlay TVs. This will help the probability of automatic play of TV which is attached earlier. You need to select “Never” for implementing this feature. Simultaneously, you need to choose the Ask section for accessing this later on.

Just like the launch of AirPods Pro, Apple has come up with its new gadget called AirTag. This is possibly the space for the Tile-Like System, the most awaited feature of Apple on iPhone.

Apple has finally granted access to remove or delete the App Store Download Limits. The functionality is accessible through Settings.

Users can get hands-on these features by following steps while hiring iOS developers in India or from other countries. Apple has a team of most efficient iOS Developers who comes from different nationalities. Apple and its authorities actually know how to utilize the resources to get the most for their iPhone users.

But the sad part about these features is, most of the updates are applicable for the iPhone of 2019 generation. The older versions will not support any of the updates. 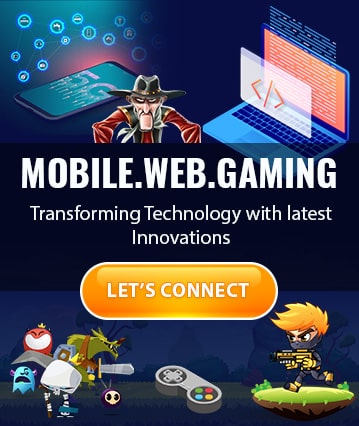 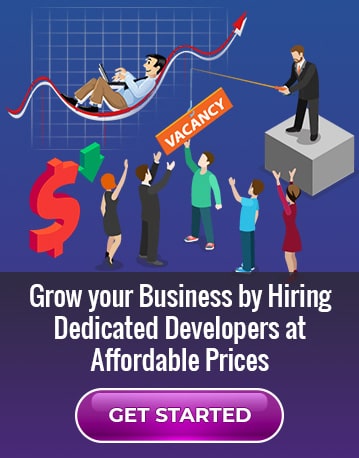 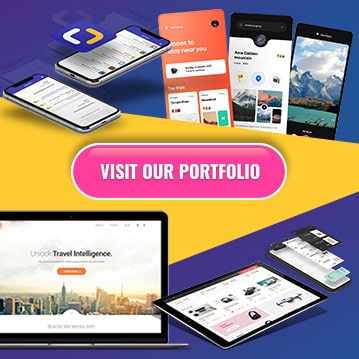 How to Develop a Successful Real Estate Mobile App for Property Listing – Development Time, Cost & Features
It is quite unbelievable to see the way digital presence is increasing day by day and transforming the overall business concept of marketing. Every industry is deploying the mechanism of digital marketing to cater maximum amount of customers. The real…

Django Vs Node.js: Which is Better for Web App Development?
In order to understand the difference between Django and Node.js, we have to understand their programming languages and data capabilities which form the core of both platforms. While the planning face is carried out for a mobile or web development project,…