How Blockchain is Reevaluating the Gaming Industry?

From the time when most of us used to play Super Mario on a 16-bit gaming console to games like PlayerUnknown’s Battlegrounds (PUBG), the gaming industry has completely been transformed from simplistic gaming to too close to real life. It is because virtual reality games require precise and perfect planning. And with each passing day, it is witnessing evolution with the introduction of new technologies which helps in the elimination of existing issues and making it more finer with real-life dynamics.

As per the reports, an estimated total of 2.2 billion people are currently playing video games, which would result in revenue generation of $ 143 billion by 2020. In the coming years, this count will tend to grow as the industry is growing and we would see new problems on board.

However, problems like transparency and trust issues frequently aroused between the game developers and players. Also, these always expect fair policy and security when it comes to any transaction and ownership of assets. To resolve such issues, there is an emerging technology named Blockchain that would be a perfect solution for all.

So before knowing how Blockchain development would turn out as a perfect solution for all such issues? Initially, let me share a brief knowledge of Blockchain.

Initially, the Blockchain technology was referred by a group of researchers in 1991, when they were working on developing a new technique to timestamp documents. However, it did not receive that much appreciation that time and remained unused for a long duration of 18 years. Then in 2009, Satoshi Nakamoto came up with a digital currency solution named Bitcoin. Bitcoin is the world’s first cryptocurrency developed based on blockchain technology.

Fundamentally, blockchain records the information of a transaction. Once a piece of information is recorded you can’t change it virtually. In any blockchain, a block contains information like transactional data, hash (a unique reference) of that particular block and hash of the previous block. If any change is made to a single block, its hash will also be changed. Consequently, all the following blocks will become invalid.

However, the modern computers which possess strong computation power to avail you with the calculation of following hashes to validate the rest of the chain, if any changes are made to block data. You can say, blockchain technology works on a computationally-intensive mechanism that slows down the creation of new blocks. For example, if you want to add a new block for Bitcoin, it will take around 10 minutes to add. So, it is evident that if any change is made to block, the rest of the chain will take a large amount of time to validate and execute successfully.

Blockchain is a distributed ledger of financial transactions that is shared with everyone in the network. If a new block is added to the chain, it will be evident to everyone and validated only by their consent. On the other hand, the tempered blocks are automatically rejected by the other users.

What are the Benefits of Blockchain?

These are the following benefits of using blockchain in any industry.

Blockchain is highly transparent for any industry. Because it utilizes a decentralized network where different peers are responsible for performing transactions and its validation. For validation of transactions, the system uses a consensus method in which several peers take part as per their consent and validate the transactions. Further, a copy transaction record becomes available to every peer that’s how blockchain offers transparency in the system.

As blockchain is a decentralized distributed ledger. It does not require any centralized authority as a third-party vendor to validate a transaction. Thus, it results in saving money and time to perform such basic needs.

Blockchain allows the creation of a flawless supply chain management that works well for both the buyers and the suppliers. However, this was not the case with the traditional supply chain, there were high chances of several issues like loss of goods, theft, and counterfeit. Thanks to blockchain technology, the supply chain has become more transparent than ever. This ensures that no item is replaced or misused during the process for both the participants. The in-house implementation of blockchain technology by blockchain development company avails organizations with the best of its traceability.

Blockchain offers improved efficiency and speed by rectifying time-consuming processes and automating them as per the industry need. With the automation of processes, the chances of errors made by a human being end up completely. And all this becomes possible through the digital ledger that stores all the transactions at a single place. Whereas, the streamlining and automation of processes make everything highly efficient and fast.

How Blockchain Revises Some of the Problems in the Game Industry?

These are some of the major problems that occur in the gaming industry and blockchain can easily eradicate such problems with its outstanding features and facilities.

In modern games, we see players need to complete various missions using certain assets. These assets could be anything from guns, cars, planes to props, environment, character, art, and others. However, due to their scarcity in the games, players need to purchase them using real-world money or can earn as the game progresses.

Since the availability of these assets in the game is virtual then there are chances that game developers could produce these assets in a large amount and create a rig in the market by providing them to certain players only. Because there’s no liability and transparency.

The blockchain app developers can help gaming industry by creating a decentralized distributed ledger for gaming assets and its tokenization. This would allow every player to check and verify assets. Consequently, trust for game development companies will build up among players. Other than this, gamers can make purchases of these virtual assets from such decentralized markets at a reasonable price tag.

Game developers offer assets in a limited amount. However, gamers can’t find out the scarcity of the assets (armor) with the current setup. If blockchain is included to enlist these assets, it becomes easy for them to verify assets availability reviewing block ledger. Not only the trust will increase but also the marketplace’s value as well. Even blockchain app developer can assist you with that.

Assets in any game remain unique and collectable. So using blockchains, these assets can be tagged with unique values like NFTs -Non-fungible tokens. It will help make the trade of these items easy, less expensive and storable on a wallet using these unique values.

The platforms on which games are developed are hosted on centralized servers and the purchase of assets used in the games done on mobile phones or desktops, which are not that secure. The gaming account where you manage all your earned assets is likely to be stolen. Because they do not provide security like bank accounts.

Blockchain is capable of changing all such security-related scenarios. Since they are unhackable so it would be the best approach to store digital assets on a blockchain. It would not only increase trust among gamers but also push them to work hard to collect more assets.

In the current plan of games, users can trade digital assets or exchange on platforms such as OpenSea, Wax, etc. However, if such transactions are performed on a decentralized system in the form of a token, it would be more transparent. On the other hand, there are chances that you can be exposed in front of scammers and end up purchasing fake assets. For such issues, Blockchain is the ultimate solution.

Currently, players from across the world participate in games like Counter-strike every day. If they want to share assets then how would they do it? Without taking any legal action or wasting days in payment processing.

Blockchain is renowned for making instant transactions across the world. So it would be the best option to reduce the time and cost of the transaction with blockchain development services.

The global gaming industry is evolving every day and providing gamers with games like real-life experiences using top-notch VR technology. In the future, we would see even more refined, crisp and clear real-world experiences with the advancements in VR.

Subsequently, the problems that developers and gamers face will also increase. However, emerging blockchain technology is a one-stop solution for all such issues.

The combination of gaming and blockchain will create an ecosystem that would work seamlessly. Also, it would end all the problems that arise frequently in front of businessmen and entrepreneurs. Hire blockchain developers to create appealing and user-interactive online games and mobile app games using blockchain. That’s how the blockchain is reevaluating the gaming industry.

How to Create a Crypto Wallet?

What is Blockchain Technology? -Everything You Want Know

What is PWA? How to Create Progressive Web App? [Development Cost & Features]

How Much Does Progressive Web App Development Cost? 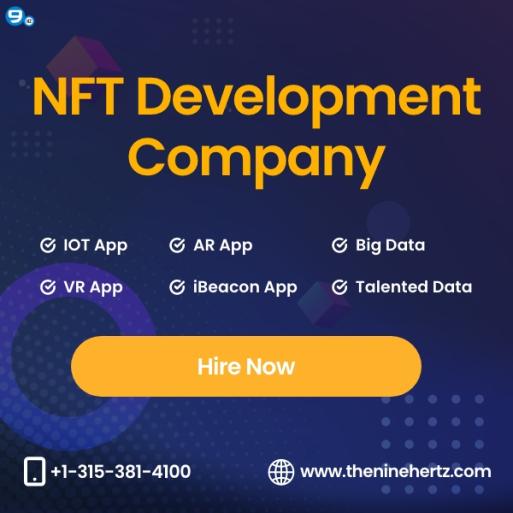 Let's Discuss your NFT Project with Us

Get a free consultation and let us know your NFT project idea to turn it into an amazing digital product.