How to Make an iPhone Game? [Complete Guide]

The mobile gaming industry is thriving in parallel to the increasing count of smartphone users. As a result, the revenue generated from the gaming industry in 2021 is approx. $198 billion, 50% of which came from mobile gaming. As of a recent report, the count of mobile gamers has reached $3 billion in 2022. As a result, the revenues are expected to be tenfold, up to 339.95 billion by 2027.

If you want to make huge profits as the mobile gaming industry grows then knowing how to make an iPhone game is important.

What are iOS Games? 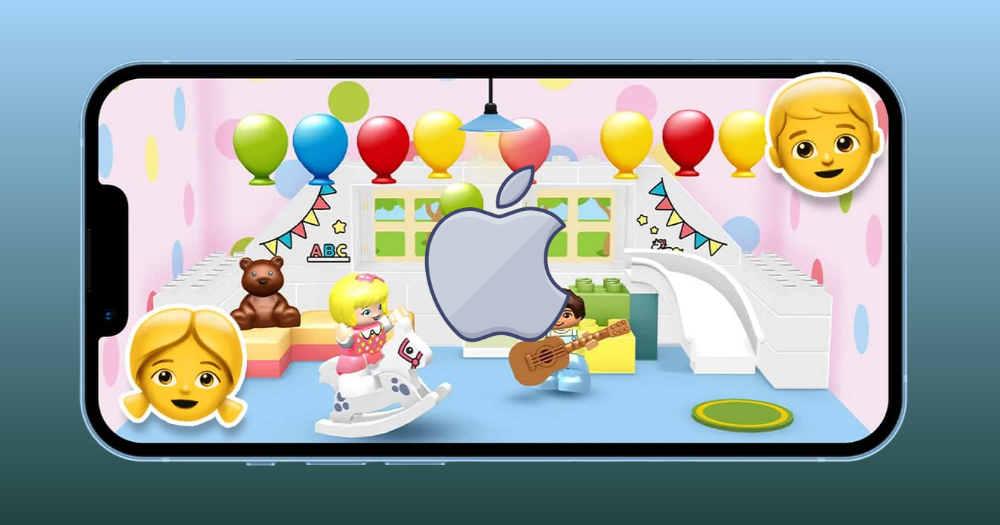 iOS games have been specifically designed for mobile devices running the Apple iOS operating system, such as the iPhone, iPad, and iPod Touch. iPhone games are diverse and can range from simply casual to complex, multi-level experiences. Common genres of iPhone games include puzzles, adventure, strategy, racing, sports, and many more.

Convert Your Game Idea into Reality

Developing an iOS games is a growing trend in the gaming industry, with an estimated 800 million iOS users worldwide.

How to Make an iPhone Game? 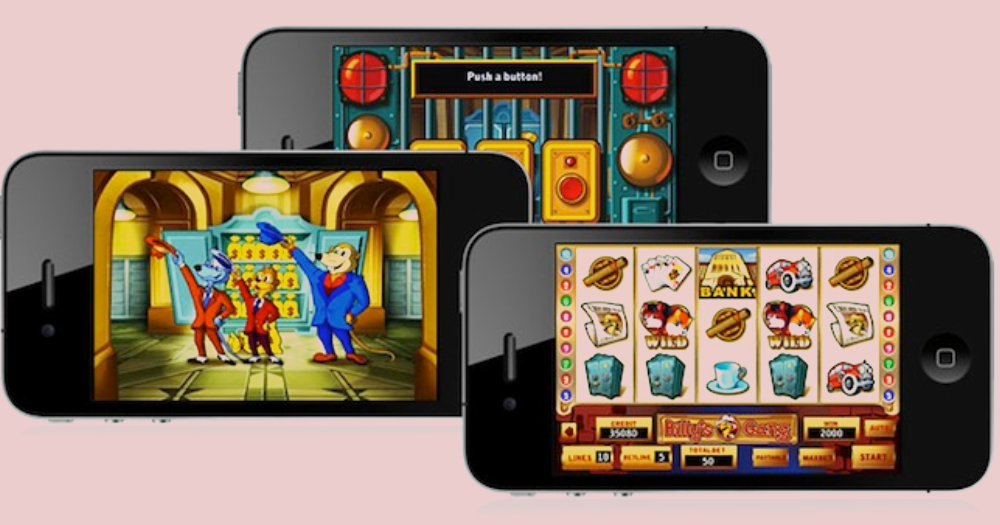 Developing an iOS games require a lot of time, knowledge, expertise, effort, experience, and much more. But, anyhow, a decent iOS game can help you make millions. Therefore, here is a quick guide on how to make an iPhone game.

The initial step of the development process includes idealizing your plan for developing the game. Either you come up with a whole new iphone game idea you believe will be loved by gamers, or you can make one inspired by current trending games.

Once you have finalized the type of game you wish to develop. It’s time to hire a team of the best game developers with years of experience and expertise in the field. iPhone Game development companies can help you make an iPhone game quicker and better.

The best way to find an excellent development company to work with is to check out their portfolio and ensure they fit your budget.

Once you have found the best-suited game development company for your project, it’s time to have discussions. Discussing the tech stack is one of the most crucial parts of this procedure. The performance of a game is partially dependent upon the tech stack used to develop it.

Therefore, it’s your duty to ensure that the development company leverages the latest tech stack while deciding how to make an iPhone game.

After finalizing everything from the game development company to the tech stack. It’s time to hand over the steering to the professionals in the field. Let the developer do their magic and shape your idea into a reality.

Once the game is ready, it’s time to test it and ensure it runs smoothly. There is also a standard quality test of the Apple Store that your game needs to qualify. Passing this test is mandatory, as only then you would be able to launch your game on the App Store.

After everything has fallen into place, it’s time to launch the game on the App Store and make it available for the audience. To get a better reach and downloads, prefer running suitable marketing campaigns for the game.

To run smoothly, every game requires proper maintenance and support. It also requires timely updates to keep the audience engaged. Fortunately, most game development companies offer such services in exchange for a few extra bucks.

What Types of iPhone Games Can You Make? 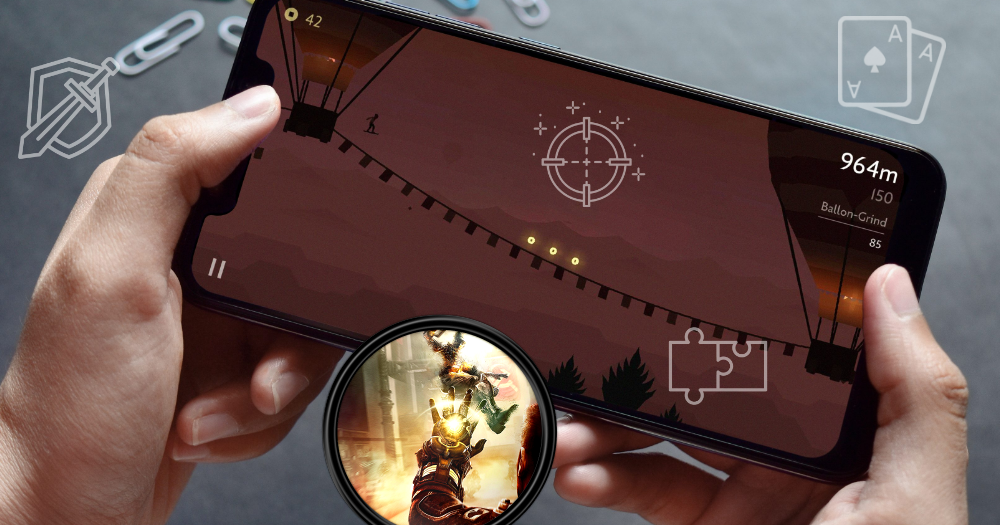 The App Store is packed with millions of games, all of which have been made from scratch ranging from arcade to adventure. In short, you can make any game that you idealize and work upon. Anyhow, it’s wise to go with the trend and make a type of game that is currently trending and played by most gamers.

Here are a few of the different types of iPhone games. Let’s take a look at it.

Benefits of Developing an iOS Games 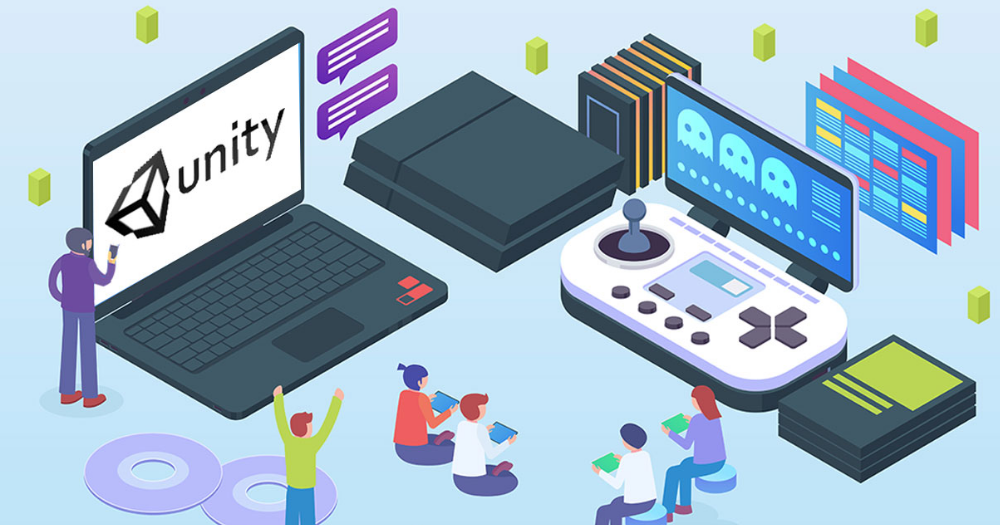 A recent survey shows that 18% of Android users look at the advantages of owning an iOS device and switching to iPhones. A total of 2.2 million applications are available on the App Store, and on average, around 2,540 new applications are launched daily on it. Apart from it, there are a lot of other benefits, as follows – 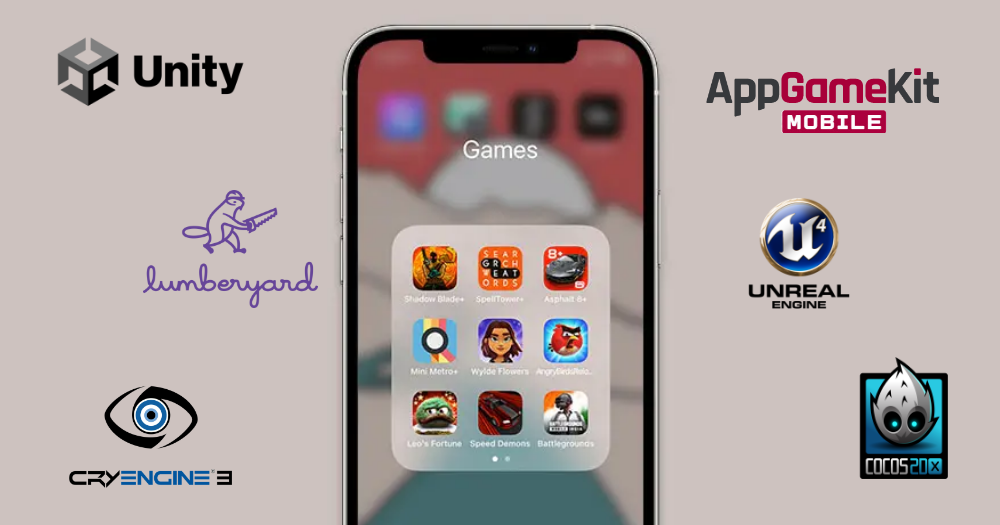 Game Engines were introduced to simplify the process of mobile game development. Currently, there are hundreds of such platforms available. But, apparently, only a few offer developers quality features.

Here is a list of best game engines you can benefit from.

It is first and foremost in our list as it covers over half of the gaming industry. Developers can easily build 3D game using its real-time platform feature. It also offers photographic effects to create a realistic appearance in the game.

Next-gen runtime, graphic rendering, and collaboration are a few of the other useful features of Unity. In addition, the game engine has an easy-to-understand user interface and offers tutorials for easy operation.

Another excellent game engine for developing mind-blowing mobile games is AppGameKit. The engine offers a simple interface to the developers by using C++ programming language.

Therefore, any developer, from a beginner to an expert, can easily work on it. Furthermore, it is cross-platform, meaning that any game developed on this particular engine will be compatible with multiple platforms like – Android, Windows, and iOS.

This particular game engine is quite famous amongst Apple developers for offering graphical outputs. It is highly preferred for developing a mobile game with exceptional graphics and high visuals.

This game engine solves the issue of having professionalism in programming to develop a mobile game. It means a developer with basic programming knowledge can easily develop a game using it.

The engine is a hub of unified tools you can leverage to create realistic game visuals. The best is that it offers publishing and creator licenses complimentary. Anyhow, you still might have to pay to get the custom license.

As the name suggests, this engine belongs to Amazon. This game engine has been helping in-game app development for the past couple of years. It also offers a few AAA features to its users, like visual scripting, VR preview mode, Twitch Integration, etc.

On top of it, the AWS cloud system makes this development platform more secure and safe. The platform is completely free to use alongside Adobe Photoshop.

The ownership of this game engine belongs to The Appcelerator. This platform is developed in a way to help developers save plenty of time during coding. The engine has a single code interface that excites the developers even more. The reason is that they no longer have to indulge in exploring tools and coding to develop a game.

The last platform in our list is Cocos2D. It is a cross-platform game engine that is grounded to a GUI system. This platform is the original idea of Facebook to develop small-size games of up to 1.5 to 2 MB. It is quite a unique game engine offering various services to developers like – scene editing, debugging, game previewing, community assistance, etc.

Cost to Build an iPhone Game The cost involved in the process of how to make an iPhone game depends on numerous factors. However, the estimate is around $30K to $50K. Developers’ origin, type of game, and features are a few factors that affect the development cost. For example – An game development company operating in India will charge less as compared to a U.S.-based company.

You can also grab the free consultancy service such companies offer for better insight. Here is a quick look at the iPhone game development cost, country-wise.

The perks of developing an iOS game over an Android game will be pretty obvious now. Hence, if you are looking forward to developing a mobile game, it would be wise to go with iOS devices. Secondly, confirm to work with a team of experienced developers to ensure quality output. Finally, prefer checking the company’s portfolio before making the deal.

1. What is The Process of iPhone Game Development?

The process of how to make an iPhone game consists of numerous steps, from market research to launching. A quick summary of the same will be as follow –

2. How to Develop an iPhone Game in Unity?

Once you have hired a team of game developers for your projects, here are the key steps that you need to follow to make an iPhone game in Unity.

The process of making an iOS game can be broken down into several steps:

Creating an iOS game is a challenging but rewarding process that requires patience, dedication, and lots of hard work.

4. How Long Does it Take to Make an iPhone Game?

The time consumed in developing an iPhone game depends upon the game engine you are using, features in your game, the type of game, etc. However, the average time required to develop a game is between 3 to 4 months. However, it can vary depending on your expectations from the game.