Unity, Unreal Engine, CryEngine, and Marmalade are a few of the most popular mobile game development platforms available to create and publish games. Anyhow, the list of best mobile game engines has a lot more names that we are going to cover below in our article, along with all the features and pricing. Here you can find a list of the best mobile games in the world.

Now, we will discuss mobile game engines in detail. 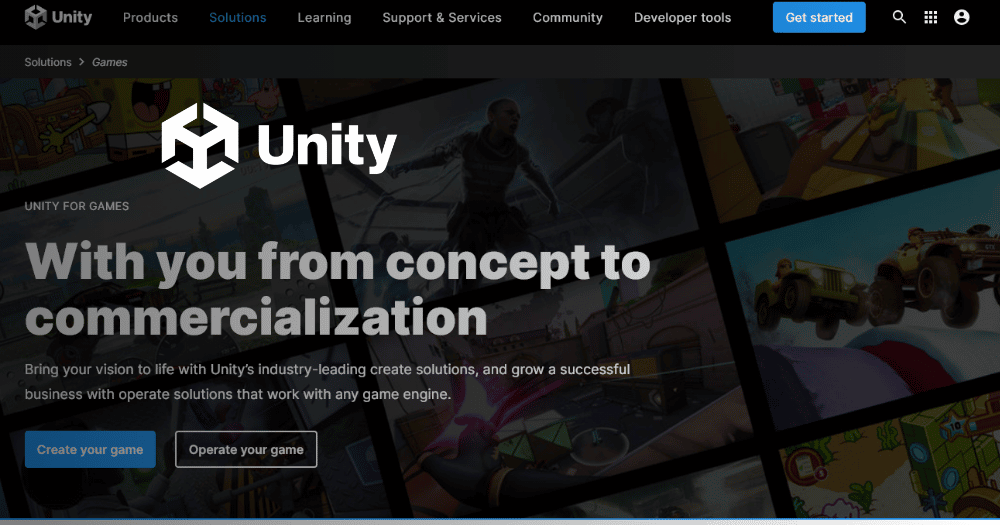 The first and foremost game engine in our list, with the most popularity among both beginner and advanced mobile game development services, is Unity. It is a cross-platform tool that helps developers save a lot of time developing games individually for each platform. The developers can also build a game in 3D using this one of the best game engines and give it a realistic touch. 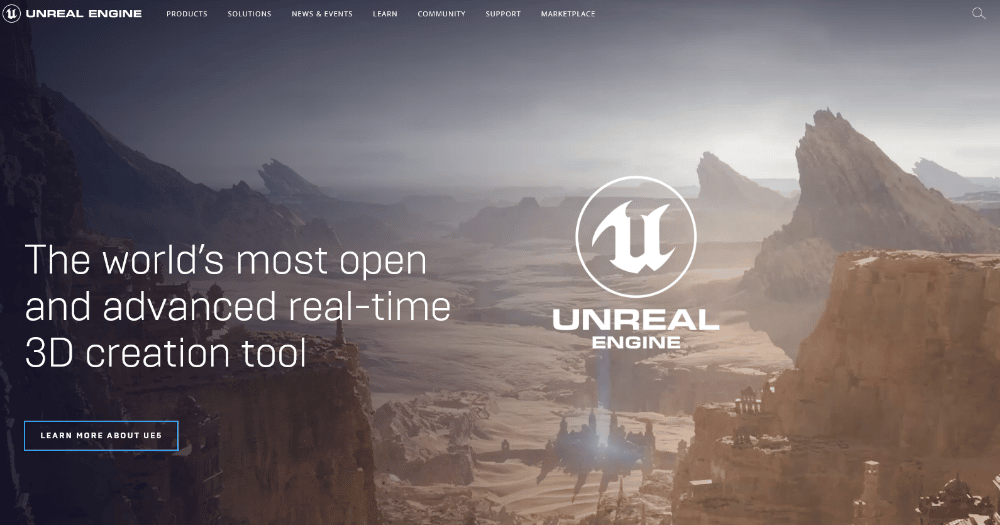 This game engine is quite famous amongst beginner developers as it offers a simplified interface and features. All the essential changes can be made in the game without any need to change the source code using the best engines for mobile games. Even testing the game is a lot easier on Unreal Engine. 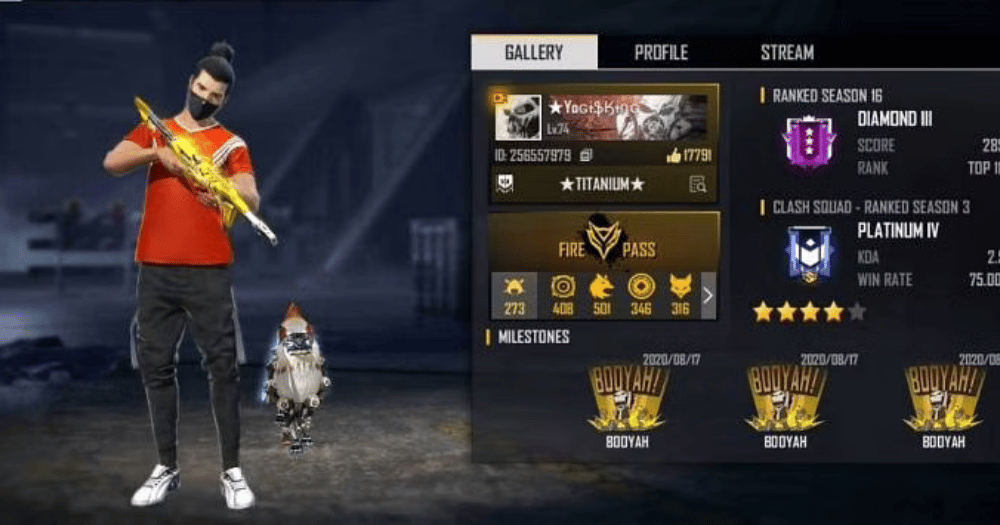 This is one of the top game engines for mobile. Games can be easily developed with this using javascript. Reportedly, a lot of unique and amazing games have been built on Titanium like the crash triology. Developers also get the support of API Builder, which is an overpowered combination of scalable cloud service and a robust framework to run the applications. It is a free-to-use game engine and development platform with open-source code and a cross-platform framework. All the games developed using Starling are built on Adobe’s AIR technology, giving them an edge over the others. Furthermore, it also offers Adobe AIR/Flash technology for creating games architecture which goes hand in hand with GPU. Mobile game developers can also create accelerated hardware games using the ActionScript 3 technology offered exclusively by this game engine. 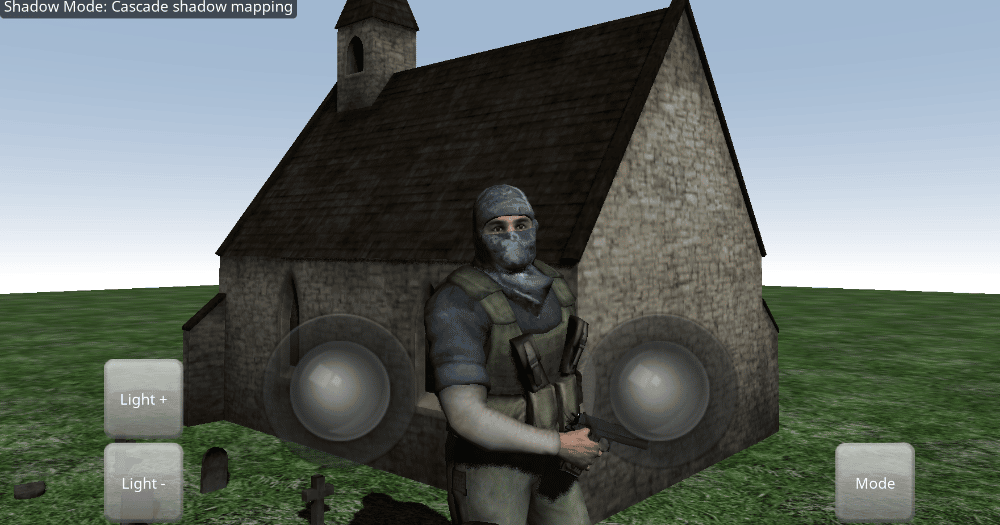 It is stated to be a perfect fit for every game developer despite their experience. This mobile game development software has a user-friendly interface that uses C++ similar language for coding. Like the top game development platform, it also offers cross-platform games, meaning that a game created on this engine can be played on multiple platforms like android, windows, HTML, etc.

Convert Your Game Idea into Reality

The world’s first 3D codeless game engine to develop. With the help of Build Box you can create 3D as well as 2D games even if you are not a professional game developer. There is no coding, programming, or software design experience required. All the tools you need to complete your game are inside the software. Even the changes made in the game can be seen in real-time using its engine. 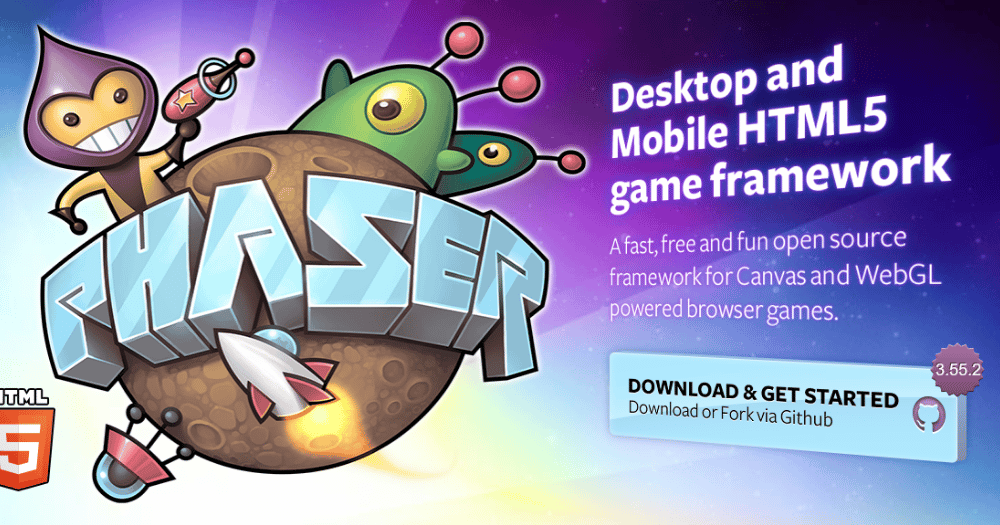 Phaser is one of the most reputed game engines for making HTML5 games for desktop and mobile web browsers, supporting Canvas and WebGL rendering. It is a free framework that allows you to render your game across different platforms. Developers can also use plug-ins for the best possible results. 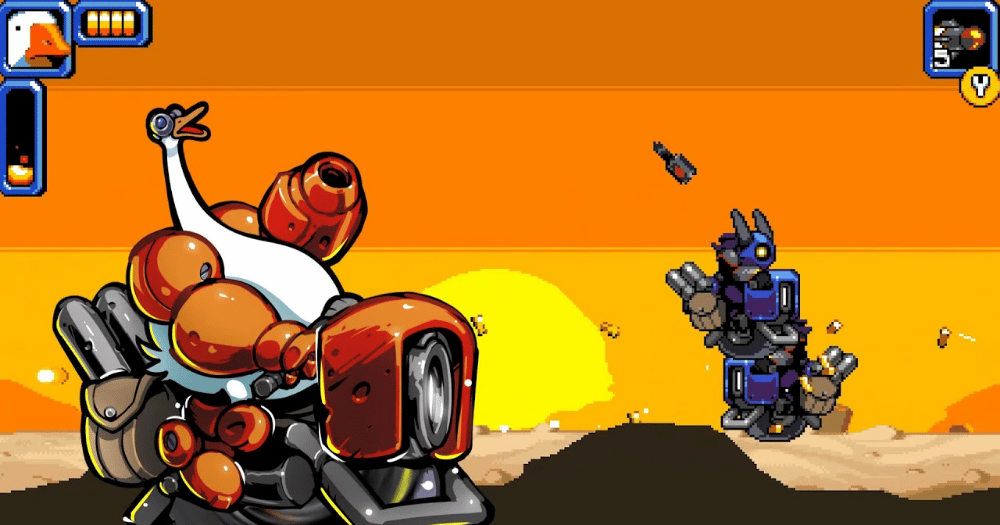 This game engine is highly recommended to mobile game developers who have just stepped into their careers. Classroom teachers also use this software while teaching the basics of game development. It is perfect for those who want to develop games but don’t know the programming language. Its concept of using a virtual script makes it different from others. 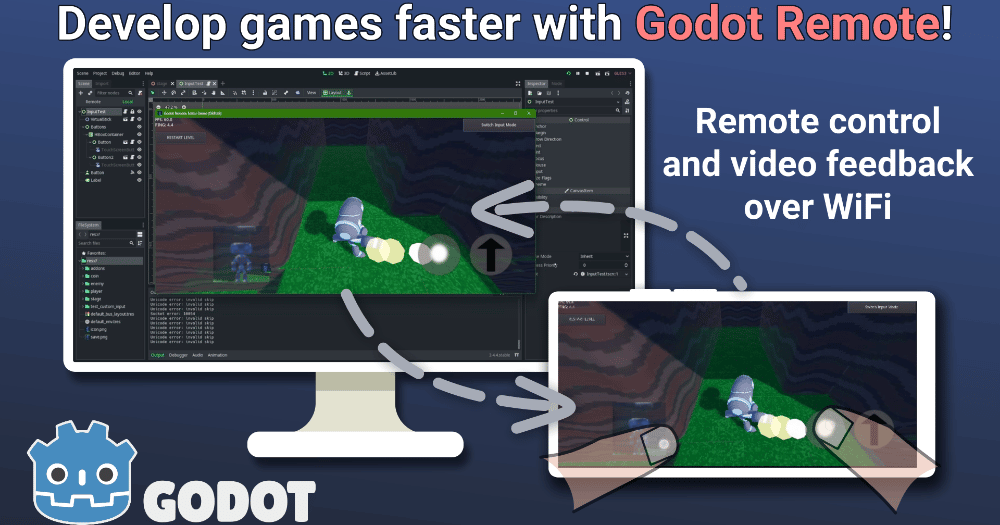 It is one of the highly-recommended game engines used for developing a game from scratch. It is also an MIT License certified game development platform. The Godot runs smoothly on multiple operating systems like windows, Mac OS, Linux, etc. While developing a game on Godot, all the essential files like graphics, scripts, and assets are saved in the computer instead of the database. 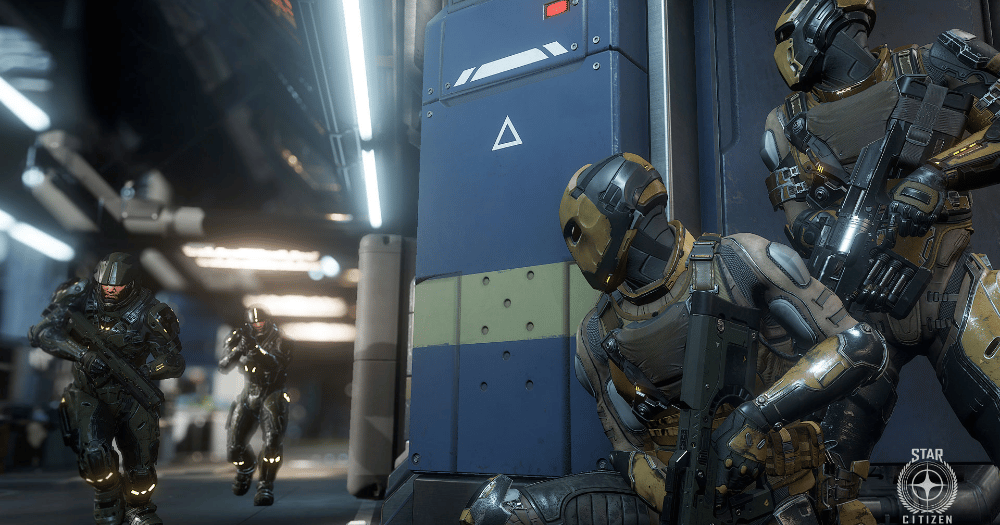 It is highly admired by game developers as it provides a vast range of plugins. Apart from these plugins, the developers also have access to third-party stores like the Solar2D marketplace. The platforms have been built to make iterating simpler and improvise the experience of non-programmers on this platform. The source code of the game engine is open and licensed by MIT. 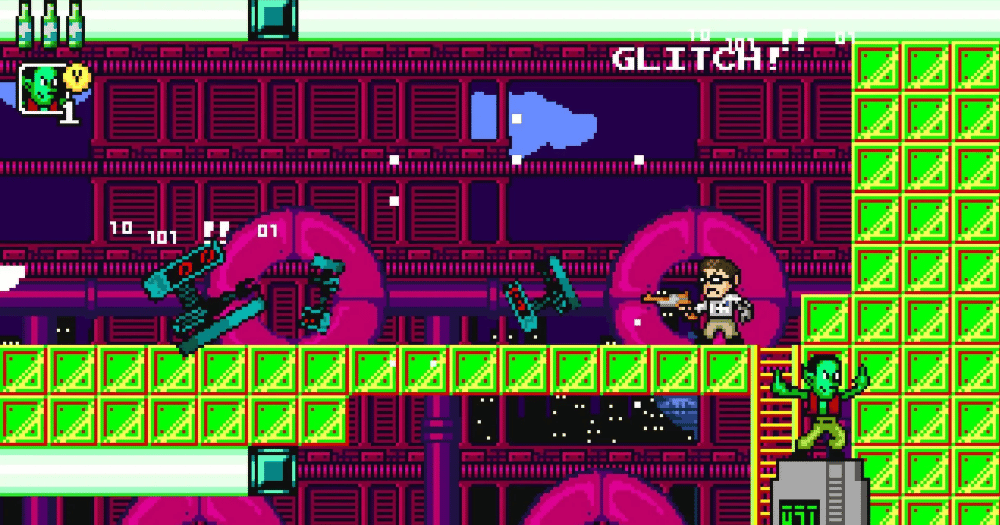 It is considered to be best for developing event-based games. All the necessary features and unique mobile game ideas for developing the game is available here. The best part is that it is not necessary to have programming language knowledge to work on Clickteam. The developers have the choice to utilize amongst various options to develop the game as quickly as possible. This powerful game engine got famous amongst developers for offering amazing graphics and cinematics. It is well-reorganized for developing games with excellent visuals. It has also introduced tools like Flowgraphs, which holds the responsibility of creating a superior game ambiance. Additionally, it also offers various tools for a better understanding of the engine and its features. It can be used to develop both 2d and 3d games using C++ codes and as it is a cross-platform engine, creating the same game for multiple platforms just got easier. The developers can also take help from the libraries and code examples available on the engine. All this combinedly makes mobile game development much easier and smoother. Furthermore, the application developed here can be easily tested and deployed on other platforms. Amazing and exciting games can be developed with the help of this game development platform. It also lets the developer launch their game on multiple platforms as it offers a cross-platform feature. The language used in this development platform resembles a lot to Corona: Lua. The best part is that testing the game is real devices a lot easier with Gideros.

This game development platform is powered by Lua language; well-recognized for speed and versatility. Even this language is relatively easy to understand as compared to the others. This game engine can find all the essential tools necessary for developing high quality games. As it offers both 2D and 3D game development, the developers have a pool of creativity to unlock. The developers prefer using C++, C#, Flash, JVM, and other programming languages to work on Haxe. This development engine is mainly used to develop mobile, desktops, and web applications. Coca-Cola, Disney, and Toyota are a few of the early adopters of this development platform. Recently Haxe has introduced its package manager, which allows access to a vast library. The language used for developing an application on such game engines for mobile is relatively easy. The developers can also use drag-and-drop features to develop the game with a good pace. The users of such mobile game development engines also have an option to customize the tool’s workspace according to them for a better game development experience. The developer should have adequate knowledge about the C++ and Net languages to work on this game-developing platform. However, proper tutorials about the same are available to help the developers and can be accessed from the official website. The game development engines use shaders for developing a game; MonoGame has taken a step forward and created its own language to create shaders.

Well, that’s all the 20 game engines that can be used to develop your mobile game right away. Try exploring a few different development platforms, then pick the one that best suits your idea for a mobile game. The options we’ve mentioned above have distinctive properties. Therefore, you can choose any of the aforementioned mobile game engines and development platforms you like and start building your game right away.

1. What Engine Do Mobile Games Use?

One of the most powerful game engines in the industry is Unity. It has an excellent following among mobile game development services providers as it is ultra-fast and offers quality visuals to create an eye-catching game. Unity can be used for creating a simple 2d game to a complex 3d game. Options like multiple rendering and universal render pipeline are also available in it.

2. Is Unity the Best Game Engine for Mobile?

Yes, Unity is the best and most popular game engine. All the reputed game-developing companies tend to build their game on this platform. Best mobile games in the world like Call of Duty: Mobile, subway surfer, and Pokemon Go are some of the prime examples of it. Unity offers excellent visuals and ultra-fast speed, giving it a lead over the others.

3. Which is the Best Game Engine for Beginners?

Buildbox will be the perfect game engine for beginners because of several aspects covered below:-

4. Does the Unreal Engine Run on Mobile?

Yes, the Unreal game engine can run on mobile devices. Anyhow, there is a minimum specification required for the same. As per the Unreal Engine 4.24 update, the mobile device running OpenGL ES 3.1 is the minimum standard, along with one of the following extensions.

5. Which Mobile Gaming Engine is Your Favorite?

As covered till now, all mobile game engines have pros and cons. However, it is pretty clear that Unity has an edge over the others with its fantastic features. Therefore, Unity will be our favorite mobile gaming engine amongst the above-mentioned engines.