Mobile game publishers have been on the rise, and the publication of mobile games has significantly changed in this continuously changing and rapidly evolving sector. If you want to publish your game, choose the best game app publisher from our list.

For many, mobile gaming is a significant new frontier. We all have acquaintances who are glued to their smartphones to play games like Disney’s Tsum Tsum or Candy Crush. Research suggests global mobile gaming revenues were estimated at 152.5 billion U.S. dollars in 2022. This makes mobile gaming the most significant segment of the digital gaming market. While entering this industry indeed seems lucrative, publishing games also have many struggles. To make it easier for you, we’ve curated a list of some of the best game publishers to support, publish, and increase your game’s reach.

List of Mobile Game Publishers in the Gaming Industry 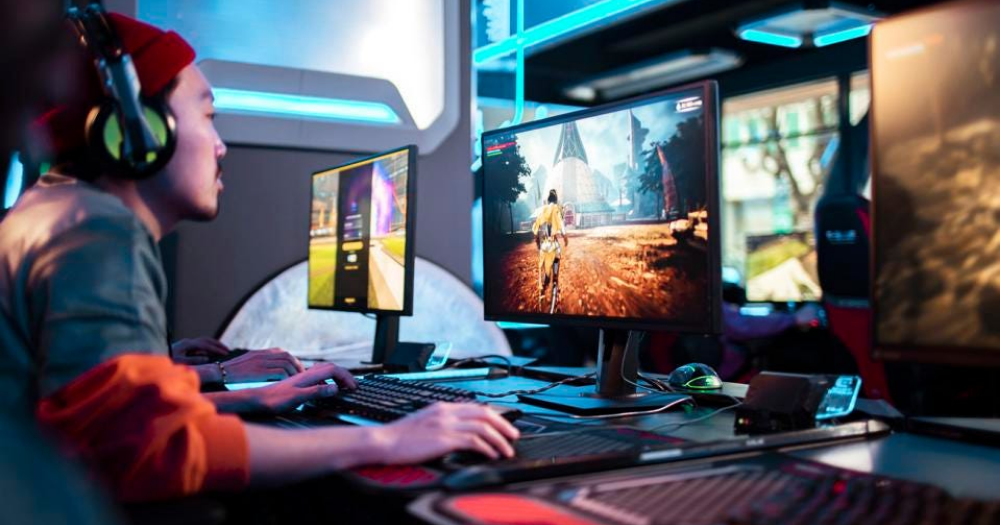 Being one of the best mobile game publishers, The NineHertz offers to publish mobile game app development services at affordable rates. It creates the funnels to make award-winning games that hit the top charts. This Indian developer has become a juggernaut in PC and mobile games.

This is a Japanese multinational video game company that publishes games either developed internally or by another company. Nintendo can dominate even the higher-ranked corporations with its distinctive selection of innovative mobile games, including the wildly successful Animal Crossing: Pocket Camp in 2017 and Super Mario Run.

Since its founding in 1975, Microsoft has grown into a global technology company. Microsoft only concentrates on producing, selling, and supporting software and consumer electronics. It helps mobile game developers work on titles for Microsoft PCs and its flagship Xbox system.

The company focuses on various aspects of information technology, including social networking, music, e-commerce, and even artificial intelligence.

The American video game company Electronic Arts, also called EA, was established in 1982. With its heavy reliance on microtransactions and loot boxes for monetization, EA is currently one of the more controversial companies.

Despite this, EA continues to dominate as one of the biggest mobile game publishers in the U.S. and Europe. It significantly benefits from having exclusive rights to Disney-related intellectual property.

This is a 1946-founded Japanese global conglomerate firm. Like Tencent, Sony dabbles in various industries, including consumer goods, finance, entertainment, and gaming. Sony’s game library speaks for itself.

Therefore, it should be no surprise that their expertise in gaming also extends to mobile devices. They have set aside billions of dollars only for the creation of engaging games.

The PlayStation—the most popular gaming console in the world—was made by Sony Interactive Entertainment, its gaming division.

This American video game holding company is based in Santa Monica, California. It is recognized as the most prosperous independent interactive entertainment studio in the world, creating and publishing addictive games.

The Walt Disney Company owned Disney Interactive Studios—an American video game publisher and developer. The studio published Disney and non-Disney branded video games worldwide, with titles featuring its consumer brands, including Disney, ABC, ESPN, and Touchstone. Although the company is no longer functional now, it was a massive name in its times.

In 2006, Namco Limited and Bandai Games merged to form Bandai Namco, a worldwide video game developer, and mobile game publisher. Although Bandai Namco may go unnoticed in the Western hemisphere, it is the third-largest in Japan, after Sony and Nintendo.

The French video game developer and publisher Ubisoft is a joint venture between Tencent Titles and EA, but it continues to publish innovative games under its own imprint.

Before an agreement was made in 2018 to thwart any potential takeover, Vivendi Games slowly acquired more Ubisoft shares to increase its gaming sector’s dominance.

Founded in 1979, Capcom is a Japanese video game developer and publisher. Capcom is well renowned for producing arcade-style games that are very entertaining. A game with at least one million sales is considered a platinum title. And Capcom presently publishes more than 80 video games considered “diamond titles.”

The role-playing video game brands Dragon Quest and Kingdom Hearts are just a few of the many that Square Enix, a Japanese entertainment conglomerate, production firm, and video game studio. It was developed to serve as a service provider for independent game developers, offering assistance with community building, fundraising via Kickstarter, or game release support.

With millions of players worldwide, Gamehouse is one of the largest developers, publishers, and distributors of casual games. Gamehouse provides more games and ways to play them online via downloads, smartphones, tablets, and popular social networks.

American video game holding company Take-Two Interactive is one of the biggest publishers in the United States and the biggest in New York City.

Recently, Take-Two Interactive declined an offer of $1.9 billion from EA in favor of purchasing smaller companies and supporting independent mobile game publishers. Even though Take-Two Interactive’s games are some of the most popular and highly acclaimed in the world, their brand recognition may not be as great as that of other gaming publishers.

VK, known as Mail.ru Group until 12 October 2021, is a Russian technology company. The firm has also been in the games business for a decade now. Mail.ru is a publisher and releases games in critical markets, and being a licensor too, it provides licensing for other products.

As a leading casual game publisher and developer, the firm has produced various projects that have garnered professional and received many accolades. In addition to cross-platform online social games, the company’s game library includes games for several digital platforms, including iOS, Android, WP, Windows, and Mac.

An American software development company based in San Francisco, Niantic is best known for developing augmented reality mobile games. It has established itself as a household name and a business worth paying attention to due to its immensely popular augmented reality game, Pokémon GO.

Founded in September 2001, FDG started as a producing and publishing studio of download games for Java-compatible mobile phones.

This is an award-winning online game developer and publisher. One of the free-to-play MMO market leaders, the company delivers authentic gaming experiences and services across PC, console, and mobile platforms. Wargaming has worked with significant industry players to distribute games across all leading platforms.

It is an independent American game publisher of video games with a primary focus on assisting outstanding indie developers in bringing their original, innovative, and ground-breaking video game ideas to market across multiple platforms.

Being one of the fastest-growing companies in the Russian games market, this game publishing company has about 25 million players worldwide.

Based in Los Angeles, California, Riot Games, Inc. is an American video game developer, publisher, and esports tournament organizer. The company has delved into various game genres with titles such as Legends of Runterra, Wild Rift, and Ruined King: A League of Legends Story, among others.

Being a leading developer and publisher of high-quality free-to-play games for smartphones and tablets, the company makes games available through the Windows, Mac, Kindle Fire, Google Play, and iOS app stores.

The industry leader in social gaming, Zynga publishes games from outside developers on its brand-new platform, allowing cross-promotion among its sizable player base and its in-house statistics.

As an award-winning entertainment company, Jam City is one of the popular indie developers and publishers of mobile social games. The firm dabbles in different gaming genres.

Gaming and entertainment giant ZeptoLab operates on a global scale. It is most recognized for creating the critically acclaimed smash franchise Cut the Rope®. Additionally, since the initial game’s release in October 2010, users worldwide have downloaded these games more than 1 billion times.

Playlab is a leading game developer and publisher indulging in social games. The company strives to create the best games for iOS and Android devices along with Facebook.

Nanovation is a mobile game publishing company in Silicon Valley, California. The company’s focus is on publishing high-quality games. This question has many gamers and investors alike confused. However, there is a clear distinction between the two. The person who transforms a notion or idea into a playable game is known as a game developer. They design the game’s aesthetics, mechanics, and mood.

A publisher, on the other hand, is a company that takes a game that has either been internally or externally developed and then markets it to increase its profitability.

If there is peace in the mobile game development industry, the relationship between the publisher and the developer must remain strong. The harmony can aid the developer and publisher in making better choices regarding the gameplay, marketing, and general condition of the game.

What is the Average Cost of Publishing Mobile Games?

The average price of developing a mobile game is between $3,000 and $1 Million+. The majority of game companies use a royalty split. Usually, the revenue share ranges from 10% to 20%. One of the main reasons why game developers sign into a contract with the publisher is because the publisher covers all expenses. The publisher also receives a portion of the developer’s royalties until the game’s investment is recovered. The developer team starts to receive the first deductions after the publisher has recouped the costs.

Whether you are an independent developer or a game startup looking to launch your game—every modern video game today requires a publishing company. We sincerely hope this list of the top 30 mobile game publishers has made your job easier!

Hire Mobile Game Developers for Your Next Project

1. How Do I Get a Mobile Game Published?

There are two routes to get your mobile game published:

While both have their own pros and cons, working with a publisher also comes with its perks. It provides a standard route to success from support, advice, funding, and prestige.

Whether you publish a game yourself or use a third party, every game needs a publisher. For any game to be successful, publishing is a crucial stage that requires expertise.

3. How Much Does a Game Publisher Charge?

They charge a reasonable revenue share ranging from 10% – 20% of development and publishing costs on the app store. Publishers can help you with everything from advice and management of the game development process, financing, and distribution to game marketing via various channels.

4. Where Can Indie Game Developers Find Publishers For Their Games?

Indie game developers can take advantage of the gaming network they have built up over time, or they can try to send cold emails by researching and verifying the same game publishers.

5. Can I Publish My Game for Free?

There are websites where you may publish your game for free and get feedback, advertising, and perhaps even a cash stream. However, outsourcing a reliable mobile game publishing company can help you reach a better audience. Thus, giving better results.