Reasons Why Angularjs is Popular in Modern Application Development

AngularJs is a JavaScript open-source front-end framework which is use to develop single page web application. It helps in uniting the declarative template, end to end tooling and dependency injection, and integrating the top performance to resolve the development challenges that angularjs developers face. The developers are authorized by angular to develop applications that can run both on mobile and web.

The framework of angularjs is purely written in JavaScript and was intended to decouple the logic of an application from DOM manipulation and aimed at dynamic page updates. Angular was earlier aimed at helping both designers and developers to build applications for the web by making use of HTML tags. Officially Angularjs was released by Google Engineers back in the year 2010.

Back in the year 2010, the main intention of this framework was to turn HTML based documents into dynamic content. The data could be automatically synchronized with views and models. Hence, angularjs development became easier and faster like never before.

Angularjs can provide a high level of abstraction and makes the process of application development simple and easy for developers. The framework is capable enough of handling DOM, AJAX glues code and puts them in a well-defined structure. It can also prove to be very helpful in building client-side web applications.

Mostly, Angular is used to develop single-page applications. Supported by Google along with its community forum, this framework has always been kept up to date. Hence, it is integrated with the latest development trends prevailing in the competitive market.

An Overview of Angular’s Background and Origin

Over the years there has been a tremendous improvement in the framework ensuring simpler and faster implementations. The framework has evolved from AngularJS in 2010 to Angularjs 5 in the year 2017. And about 45% of software programmers make use of the front end framework to create UIs.

Must Read: AngularJS Vs ReactJS: Which is Better and Why?

Primarily, Angularjs is an interface between complex web apps and HTML. HTML works great for static web content creation as it is considered the core of numerous websites. However, if you want to bring interactive features to your website, Angular can be used to move HTML to the next stage.

The angularjs framework can be used for facilitating the creation of complex and responsive single-page applications (SPAs) with its exclusive features including modularization, templating, 2-way binding, Dependency Injection Technique, Restful APIs Functionalities, and AJAX control service.

With the development concepts of Angularjs along with its sharper learning curve, the framework can put off new developers. It can prove to be a good alternative for those business units that have comparatively larger teams and developers who still use TypeScript.

Hence, we can say that Angular is worth considering as it has been deployed by most of the major organizations around the world. The angular framework is well-versed in building a state of art front-end technologies. There is no need to focus on third-party libraries in order to create sophisticated apps with Angular. There are multiple advantages that you can derive from this framework.

Some of the Popular Reasons to Choose Angular as Your Framework are as Follows:

1. Ease of Use Angular

Angular with a real DOM and is a JavaScript framework, is quite suitable for creating single-page applications. Where the content is periodically modified. Testing and developing applications have now become much easier, thanks to developers, as this is achieved by providing a framework for model-view-controller and model view-view model client-side architectures.

Since its launch in the year 2010, Angular has been developed and supported by none other than Google every six months with timely updates. Further, as per the report published by Medium, many top organizations including Apple, Microsoft, Adobe, Telegram, etc. utilize the Angular platform.

A two-way data binding process is performed using Angular which helps in replicating all changes in the template and that too in a safe, quick, and intuitive manner. Binding forms and other UIs to JavaScript template was a great idea initially. The developer who uses Angular can build dynamic front end applications quickly even though two-way data binding may trigger performance problems when used beyond a limit.

Angular is a broad platform that can perform multiple tasks including developing a project and optimizing the code. Hence, it is the most daunting platform for overall implementation. Since Angular is enriched with multiple features, developers may use a single command for the deployment of an integral bundled package to any static host.

5. Components Can Be Recycled

The reason for the popularity of Angularjs was that it enables secure binding of data to HTML elements. Angular directives explored a way to build HTML+CSS modular components. This was the first one that gained immense popularity over the rest of the JavaScript frameworks. Modular components are mostly used in server-side architectures.

The code is managed by Angular into buckets in the form of directives, pipes, components, or services. These buckets are referred to as modules according to Angular. The task of modules is to simplify things for the organization including code application, splitting it into functions and reusable chunks. Lazy loading is allowed by modules that assist for background or on-demand application feature to load.

7. Angular is Ease of Testing

With Angularjs quick testing is possible. You just need to control the parts of the framework you need and then see how they react before the actual publishing.

Security has always been a concern as far as data is concerned. Especially when it comes to the transformation of the new technological framework, security is very critical. Angularjs plays a very critical role in data security as the organization’s overall data distribution is more centric on data security in the Angularjs context. You can check here general data protection regulation.

Integration of Angularjs is pre-built with multiple frameworks like Ionic, Wijmo, and Telerik’s Kendo UI. Therefore, Angularjs is compatible with third-party features by allowing easy integration.

In today’s era, websites should be fully optimized for mobile devices. That’s why developers are fully focused on creating such websites that are mobile friendly too. The website should work the same on mobile as on desktop. For that, instant mobile app support is provided by Angularjs which is an assurity of getting high ranks on search engines like Google.

Web developers generally prefer to write code that is simple yet powerful. Angularjs supports MVC (Model View Controller) architecture. The code needs to be split by the developer into the MVC framework and the rest is taken care of by the Angular framework.

Hence, you can see the countless benefits of Angularjs in the modern technological era. In this dynamic market, The NineHertz is also developing optimized and user-friendly web and mobile applications using the Angularjs framework and helping the customers to start monetizing. We have a workforce that is well versed in expertise and experience in Angularjs. Hence, you can contact us and kick start your project with quality and affordability. 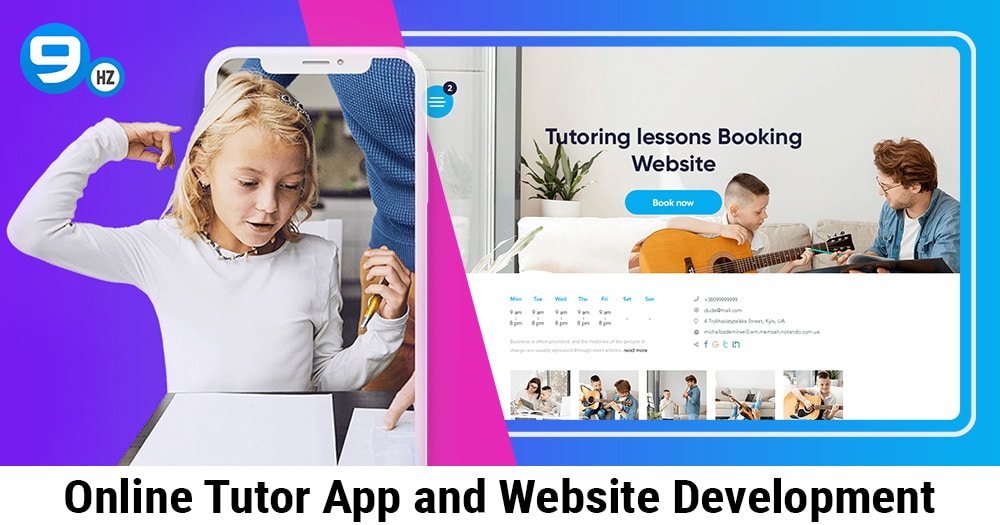 How to Make Online Tutor App and Website in 2022? Development Cost, Top Features
The online era has redefined the concept of teaching and learning. It is no less than a Netflix for individuals who can access as many courses in different ranges of fields irrespective of their age and profession and for teachers… 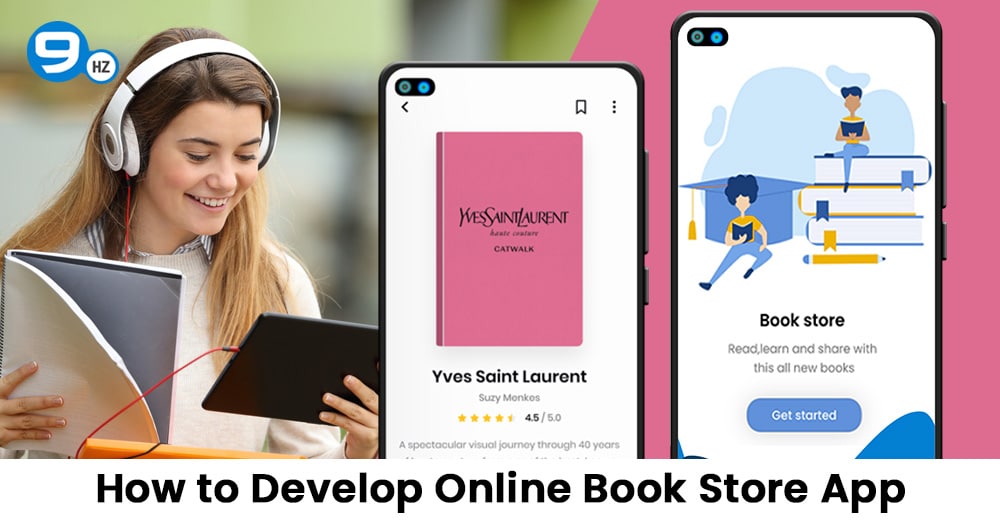 How to Create Online Book Store App and Website? [Development Cost, Features, Company]
Technology has grown exponentially and completely revolutionized the way people purchase and sell books. Amazon is the sole giant that has mostly capitalized on this. In today’s scenario, a person living in any part of the world can read his… 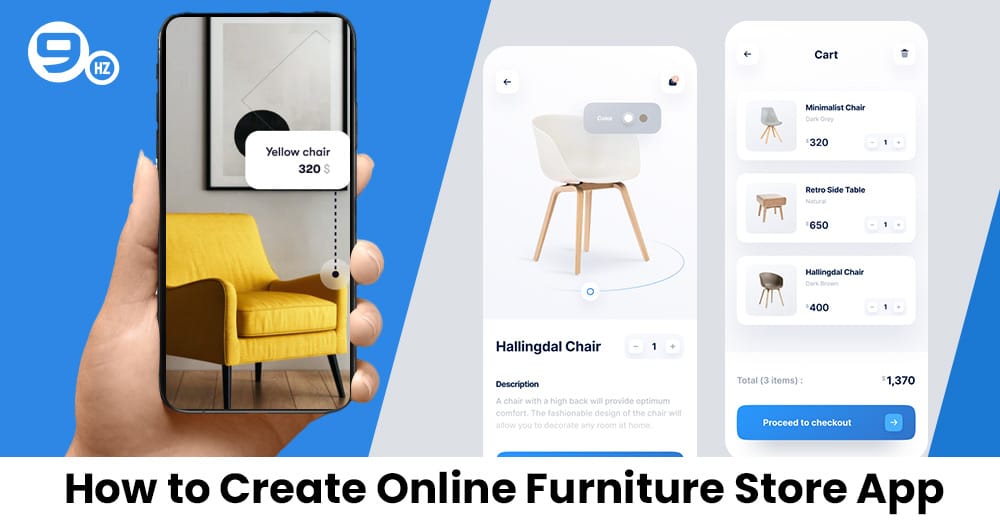 How to Create Online Furniture Store App in 2022? Development Cost, Features
Planning to build an online furniture store app? How about you refurbish your knowledge on furniture store development and gain more? Let’s get started. It can be amusing to select the furniture set and decor that compliments your home and it…