Are you confused about choosing the cross-platform mobile app frameworks? Most developers prefer a cross-platform app development framework because it saves time and resources.

Technology has speeded up human evolution. The lifestyle of people has raised and became more dependent on technology. Mobiles are the best invention of technology which made mankind go easy to manage their lives. A small pocket and user-friendly device with the capability to reach the world in seconds. There are “n” of mobile applications that not only made our tasks easy. but gave a new path to technology enhancement.

Android and iOS are widely used mobile app development platforms used by a large number of people around the globe. Let’s face it, without these platforms life wouldn’t be easy going. Don’t you wonder how these apps are built? The answer has multiple platforms on which applications are developed. The native application frameworks started many years back when the application word came into technology.

The application platforms widely came into acceptance, people started enhancing the features in it. Mobile app development firms from the world started developing their frameworks to make mobile application development go smoother. The concept came into existence which partially replaces the native was, Cross-platform mobile app development. The cross-platform technology allows the developer to code once and runs the same code for Android and iOS. Isn’t it great? It saves the time of the developer and the spending cost of customers.

Cross-platform, in simple terms, a better and more advanced version of native app development that has brought a revolution in the app industry.

What are the Cross-platform App Development Advantages

Launched in 2011, Xamarin is an open-source framework that solved the problem of disjointed native technology. It uses C# for coding, allowing it to work easily on array issue for Android and iOS. Xamarin is the product by Microsoft which has covered a strong community of developers. It is one of the best tech stacks for faster development and makes the software secure development.

Related Article: Why is Xamarin the best for Cross-Platform App Development? Infographic

React native was launched in 2017 by Facebook. It became in the list of top trending cross-platform in the market with “Learn once, Write anywhere.” It can share about 80-90% of codebase across the platforms, regardless of complexity. It’s advanced “Hot Reload” feature lets developers see the changes within seconds which make the development process quick. If an app is created usnig React Native then the React developer must remember these points. React Native has the best UI views and responsive interface. Besides, it offers native features such as camera functionality, Accelerometer, etc.

Get a beautiful application in no time. From alluring UI designs to high-speed performance applications, Flutter as launched with all advanced features in 2017 by Google. It is one of open source and free cross-platform which enables single codebase and interacting user interface. Flutter has a “Hot Reloading” feature which permits developers to see the changes in seconds. Instead of spending a large amount of money on Android and iOS separately, one can build its mobile application in a flutter. It also has widgets which makes the customization easy and ideal for cross-platform app development. Widgets in Google’s Material Design and Apple with Cupertino pack. The flutter is also helpful for some web app frameworks. 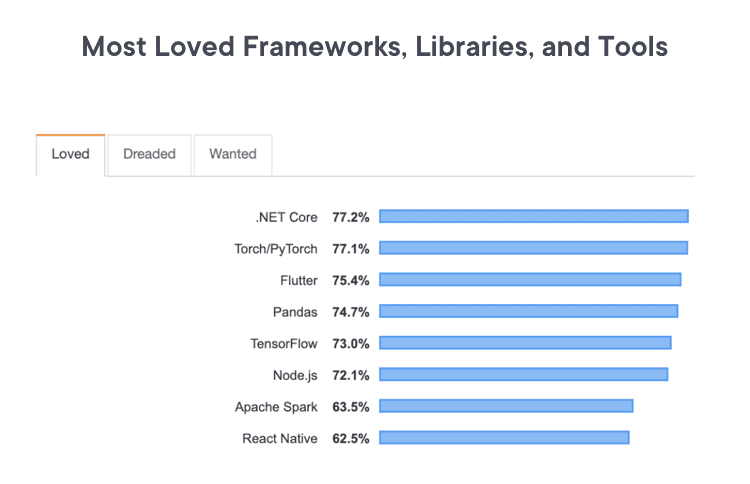 Previously is known as Apache Cordova, PhoneGap has wide popularity among developers across the globe. It is a simple platform that uses HTML, CSS, and JavaScript. It allows you to share the application with the team to get the feedback and has offered the cloud solution. With its advanced features which enable access to third-party tools and various other plug-in makes it different from other cross-Platforms. The famous and a common source of getting answers is “Wikipedia”, which also uses the same technology.

Ionic is an open-source app platform app framework that uses HTML5 for translation. It is quite similar to Angular, in terms of designing and architecture. A few of its designs are also similar to Android and iOS. It allows you to build native lookalike hybrid apps for progressive web apps. It is based on the SAAS UI framework which grants numerous UI components. Ionic is backed by a massive community of developers across the world. Few popular apps have used Ionic technology are NASA, IBM, SAP.

Node.js is an amazing framework for developing cross-platform applications. It is an open-source environment with a JavaScript run-time framework built on the Chrome V8 JavaScript engine. These frameworks are highly efficient and responsive. The built-in Node.js library is responsible for the speedy code execution process. The app made in Node.js does not buffer. Node.js uses a single-threaded model with the advancement of event looping functionality. This activity makes the server more scalable.

Cross-platform has provided a spine to mobile app development technology. Android and iOS have the same codebase with relevant UI views.

Does a question arise that cross-platform mobile application development is perfect for my application? The answer is: it depends. It depends on your app features which makes you choose the best framework to develop an application.

Also, every day the technology is stepping towards the changes and advancements. These activities invent features that make the app development go easy and smoother. We’ve chosen the best cross-platform app development framework that might help you to reach app development success.

How to Create a Crypto Wallet?

What is Blockchain Technology? -Everything You Want Know

What is PWA? How to Create Progressive Web App? [Development Cost & Features]

How Much Does Progressive Web App Development Cost?